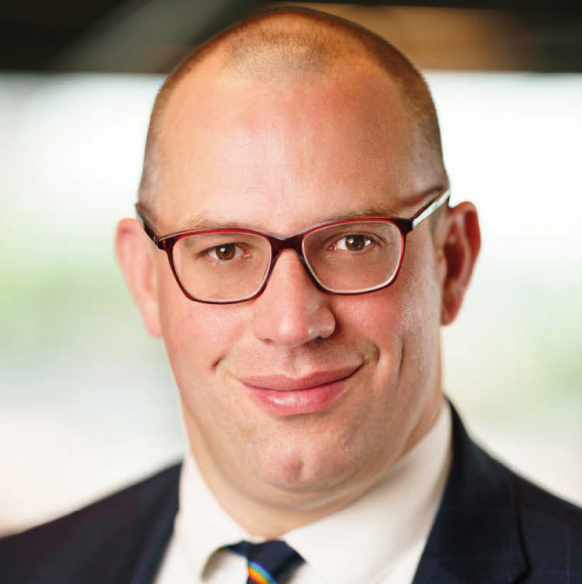 Clerks who openly identify as LGBT+ remain a rarity in the profession but moving from the corporate world to my first set of Chambers in 2007, I felt like I had left modernity behind and entered a wilderness that time forgot. It didn’t stop me continuing to openly identify as a Gay man but I was fortunate that my Chambers supported me and that I was readily accepted into the fraternity of Barristers’ Clerks.

At the FreeBar launch in 2016 I was struck by three things; a statement from the floor that if the audience wanted to see the Judiciary of the future they should go and look in a mirror; the lack of visible engagement from the clerking fraternity; that FreeBar had been created as a network which aimed to bring LGBT+ cohesion for those working as and with barristers.

Being also a member of the Institute of Barristers Clerks (IBC) I spoke to then Chair Nick Hill with the result being that the IBC immediately engaged with FreeBar and co-opted me on to their Management Committee. In 2017 I was even asked to speak about the FreeBar network and the importance of inclusivity at the Bar at the IBC’s Annual Conference. Today I also offer mentoring to any clerk needing LGBT+ specific support.

FreeBar has been a truly inspirational idea that has brought awareness and cohesion to the Bar. It is a level playing field in which none of the traditional hierarchy exists; where experience can be shared, and best practice developed. By visibly showing that there are LGBT+ professionals right across the legal community who work together for change, we can act as a catalyst for attracting new talent which would otherwise be lost.